Family deity (Kulatheivam) – How to find out 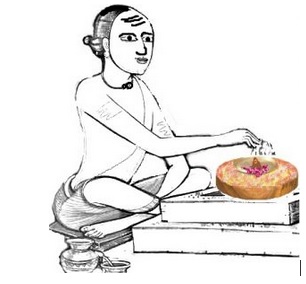 How to find out the unknown 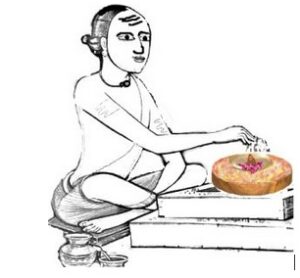 In the past when the Brahmins in the down towns or villages were unable to identify their family deity, they used to take  bathe in the river and fetch a handful of clay from the river bank. When they reach home, they would form a pyramid like idol with the clay brought (similar to Lord Ganesh made out of turmeric during marriages and other functions and perform pooja to it before commencing the main ritual)  and allowed it to dry  overnight and star worshiping it as their unknown family deity. Responding to their sincere prayers, their unknown deity would reveal their identity  at some point of time.  I have given below the practice held by them to find out the unknown family deity.

Method of Prayer/ worship to your unknown family deity (Kulatheivam)

You have to start performing the prayer on any one of the Tuesdays because Tuesday is considered to be auspicious day for both the male and female deities.

1) Bring some good clay from somewhere and keep it safe at home. Do not get confused from where to bring the clay.  Get it from home gardens, or nursery or park.

2)  Keep ready flat plywood or wooden platform and a metal plate to keep the clay idol later.  After taking bath on Monday  mash the clay  well with water and convert it into the shape of a pyramid like statue or idol. Allow it to get dried.

3) On Tuesday after taking bath, put a Rangoli (floral design) on the wooden pedestal with turmeric powder and vermillion or sandal paste or any other Rangoli powder. There is no restriction. Keep the pyramid shaped clay on the metallic plate.

4)  Apply vermillion, turmeric or sandal paste on the clay idol, and put a small flower mala  and  begin to offer prayers to the clay idol treating it as if it was the unknown family deity.

5)   If you know general mantras, chant them  or simply say the following verse three times before the unknown family deity :

”you are our unknown family deity. Please reveal your identity as soon as possible and the temple where you are seated. Until then you have to stay here in our house as our family deity and accept our prayers offered through this idol. Only you have to guide and guard our family  from all troubles”.  Finally perform  arti with lighted camphor and prostrate before it.

6) Thereafter  daily offer the verbal prayer to the unknown clay deity after taking bath and prostrate before it. No need to daily take it out and apply sandal and vermillion.

7)  But only once a week i.e  on Saturdays – sprinkle a little bit of vermillion, turmeric or sandal paste and, put few flowers  on the idol and offer prayers with confidence.

8) Every week end put a  rupee coin or as much money as you can in  a hundi kept near the idol meant for your unknown family deity.

9) Ensure that the clay idol remained intact while handling and not get broken. Even if it gets broken by remote mistake for some reasons, redo the same exercise after  seeking pardon to the unknown deity without getting panic. Therefore keep the  clay idol  in a glass or transparent plastic box so that it can be seen outside. Do not take it out too often.

10)  Do not discontinue the worship for the clay idol once you have started it as it would have turned into your own unknown family deity from the day you have began to worship it.

11) At the end of each year take out the money from the hundi on any one of the Tuesdays  and offer it into the hundi in any temple nearby  your home praying that the said money was meant for their unknown family deity.

12) Once you start performing prayer to your unknown family deity in this manner, the sin accruing out of ignoring prayers to your family deity would go away.

13) It is believed that once you start performing this exercise and offer prayers with utmost faith and sincerity to your unknown family deity, they would come and  start residing into the idol to guide and guard you.

14) As you continue to offer prayer with sincerity, at some point of time when you are destined to know the unknown family deity, they would themselves reveal their identity either through your dream or through someone in an accidental manner.

15) As you keep continuing the prayer treating it as your unknown family deity you would  yourself  see that slowly your problems and confusions begin to vanish.

16) Even if it takes years, you have to continue your sincere prayer with full faith. Whether or not you would get to know of your family deity, once you begin this kind of prayer, be sure to believe that your prayers are surely be accepted by your unknown deity.

I repeat that all one needed was absolute faith in carrying on with the prayers to the unknown family deity.  I am sure that  if you sincerely offer prayers as suggested,  at some period of time you would be able to come  to know of your family deity and even if you are unable to know details of your unknown family deity, the family deity in hiding would certainly accept your prayers and grace you besides slowly removing all your problems and hurdles.

18) In the meanwhile if you are able to find out  who your family deity is, then take  the clay idol which you were till then worshipping to the same temple and place it under an tree in the temple complex  and come back. Till then you have to firmly believe that the clay idol to whom you offer prayers and worship is indeed your own family deity in hiding. 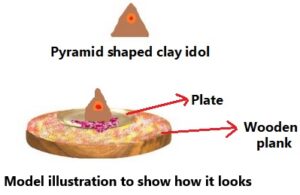 I do not vouch for the result, nor accept any responsibility for the suggestion  but I have only sent the suggestion which I have heard from great Mahans and other pundits and wrote in my website on 8th April, 2018. 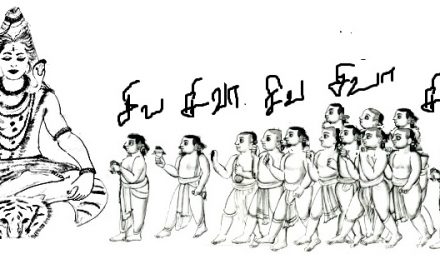