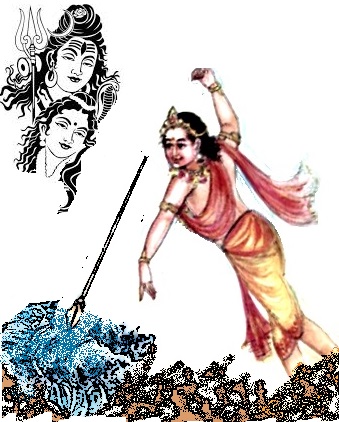 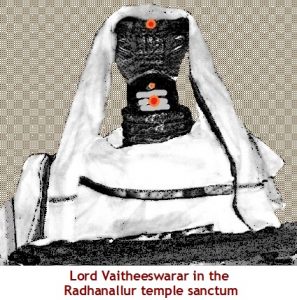 Radhanallur is another small helmet where one more temple of Lord Vaitheeswaran exist. This temple facing west is believed to be over 1200 years old, built during the kingdom of Rajaraja Chola and lay 3-4 KM away from Mayiladuthurai between Manalmedu and Bandanallur. Here too the Lord has reportedly manifested as Lord Vaithyanathar with his consort Goddess Parvathi as Thaiyal Nayagi similar to Lord Vaitheeswaran temple near Sirkazhi. Even the placement of sanctums is similar. This temple has two halls, the  first encompassed with divine Nandi and the Flag post. The sanctums of Lord Vaitheeswaran and Goddess Thaiyal Nayagi are in the inner hall. There are separate sanctums for Lord Vinayaga, Lord Muruga, Lord Dakshinamurthi, Lords Chandra-Surya besides Lord Bhairava.

Lord Muruga is called here as Muthukumaraswami and seated with his consorts Valli and Deivanai in the inner hall. Those who are afflicted with skin related ailments visit the temple and pray to God to cure their diseases and those afflicted with adverse effects of Seivai Dosha (adverse effects of Lord Angaraha’s position in their horoscopes) too visit here seeking redress similar to the prayer as offered in Lord Vaitheeswaran temple near Sirkazhi. The temple is not in good condition as it  has not been repaired, but mostly visited by the surrounding villagers as its existence is not well known in the city areas.

There is an interesting legend connected to this temple.

During Lord Muruga’s war with Surapadman, Goddess Parvathi gave a very special and powerful weapon called lance (called ‘Vel’ in Tamil) to defeat the asura called Surapadman. Lord Muruga returned after successfully completing the mission and annihilating the asura and wanted to share the joy with his parents. Lord Shiva and Goddess Parvathi were then staying in this temple site. Since there was no water spot nearby, Lord Muruga fired his lance on earth and water gushed out from there to form a river.  He took bath in it and went to meet his parents. The river created by him is present Maniyaru river in Kumbakonam – Mayavaram area and was then called as Subramanya river. 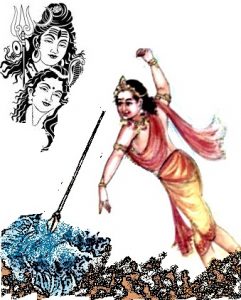 The folk lore goes further to say that as Lord Muruga was narrating the incidents of war to his parents, Goddess Parvathi  felt thirsty and asked Lord Muruga to get her some water to drink. Immediately Lord Muruga once again fired his lance on the ground and water gushed out to quench the thirst of Goddess Parvathi. The present water tank near the temple is believed to  be the same water tank as created by Lord Muruga. People  throw jaggery in to the tank and pray God to redress their grievances mainly seeking cure of their skin diseases. Except the second part of the story –quenching the thirst of Goddess Parvathi- the rest of the tale is similar to the history of the other Vaitheeswaran temples. However not much details on this temple is available except the claim that it is connected with the Lord Vaitheeswaran temple  near Sirkazhi. The affairs of the temple is managed by a Gurukkal who resides opposite to the temple.

Fifth Vaitheeswaran Temple was reported to be in  a village called Aiva Nallur which is also nearer to Radhanallur,  but we could not go there as it was reported to be inside the village in depleted condition under a  thatch roof and the temple could be reached only through rugged road. There is also a news that a Sixth Vaitheeswaran Temple exist in a village called Vadakadai, few KM from Aiva Nallur which could also be not verified. 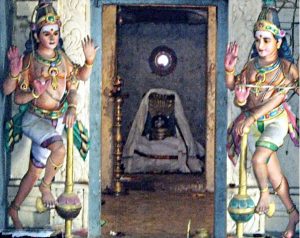 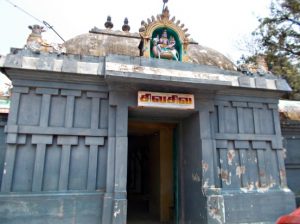 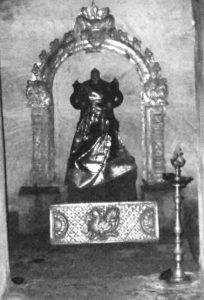 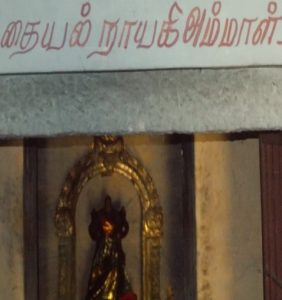 In Mayavaram Kumbakonam area there are five to six Vaitheeswaran temples and another temple in the outskirts of Chennai. According to the folk lore, the Shiva Lingas in all the temples have been installed by Lord Angaraha (the Mars planet). Which one of these six temples were established first is not known as there are conflicting claims.  But there are reasons to believe that out of the five or six temples in the Mayavaram Kumbakonam area, the first of the Siva Ling reportedly established by Lord Angaraha could have been either in Mannippallam or in the temple in Pandur because they are associated with Mahabharata and Ramayana period. One thing is true that thousands of years ago, there was a huge Shiva temple named Vaitheeswaran in Mannippallam much before the present temple of Lord Vaitheeswaran as established in Vaitheeswaran Kovil, near Sirkazhi, and the temple in Mannippallam has since been systematically destroyed over the years for unknown reasons. Divine sage Dhanvanthri reportedly stayed in Mannippallam temple curing the diseases of devotees who visited there seeking redress.  Similarly, the one in the outskirts of Chennai is also said to be 1400 years old. So instead of unnecessarily debating which one of the Vaitheeswaran temples came up first, let us only cherish the glories of the temple in our mind and heart as there is no dispute in the history (legend) of any one of the Lord Vaitheeswaran temples that  lord Shiva has manifested  as Lord Vaitheeswarar with his consort as Thaiyal Nayagi and that Lord Angaraga’s skin disease  was cured by  Lord Vaitheeswarar.

According to the word of mouth circulating folklore, Lord Angaraha established a Shivling where he sat in tapas and meditated before it seeking cure for his ailment. Wherever Lord Angaraha performed tapas, Lord Shiva appeared before him in invisible form and suggested that he should perform tapas in some more places (where the Vaitheeswaran temples exist) at the end of which he would appear before him at appropriate time to grace him. As promised by him, Lord Shiva not only appeared before Lord Angaraha in invisible form in whichever place he performed tapas, but also guided him to move to the next place for performing tapas.

After reading my previous articles, few regular readers of my site asked me to clarify how could there be several Vaithyanathar temples in different locations, all of them wrapped up with same history and how could Lord Shiva manifest in all those temple sites as Lord Vaithyanathar, cured  Lord Angaraha’s disease while each one of the temples lay far away from each other. I promised to explain the facts to the best of my knowledge and belief based on the briefings from some pundits which are given below. For sure I am not an enlightened spiritual individual who can explain everything. I only share what comes to me.

First the landscapes in which the temples existed were long stretch and only dense forests and rivers separated the long spread areas into several parts or divisions. If we read thousands of years old mythological or other divine stories  it will be clear that the divines freely travelled from earth to heaven and vice versa in seconds. When the divines could so comfortably move from earth to heaven and vice versa, crossing over any length of distance on earth may not have been  difficult to them.  For instance, the divines could cover the distance between Chennai to Kumbakonam in few seconds and in few steps and therefore it is not surprising to note that Lord Shiva  manifested as Lord Vaitheeswaran in different temples spread over in various places.

Fourth, on the doubt whether it is possible for Lord Shiva and Goddess Parvathi to simultaneously appear in all the temples at one point of time, the answer is affirmative because many have not understood the basic form  of the deities. Unless it is made clear this doubt can not be annulled.

The basic body of divine forces consists of several crores of divine energy rays which float within them. When few from those divine energy rays are released by the divines, fresh energy rays automatically crops up to fill up the vacant spots. This is divine secret of the divine body. Only those energy rays which are floating inside the divine bodies are converted into their own form (divine which releases them) and sent to manifest before those who pray in different places seeking the vision of them. Those who sought the vision of the deity may not be aware that the manifestation was mirror image of the divine to whom they prayed seeking vision. Even though what was sent by the divines were only the mirror images, they are still the divines themselves as the divine power imbibed in them were from the original body of the same deity who activate them from their central abode and therefore many such mirror images representing the original deity can be sent by the divines to manifest in any place either simultaneously or in different period of time.

If we read the biographies of the Mahans and Avathood such as Dattatreya, Manik Prabhu, Shirdi Sai Baba, Sripadavallaba and Siva Bala Yogi who lived in human form in the recent centuries, you will find that they have simultaneously appeared in their original form in different places at one point of time. So it is not difficult for the divines to appear in multiple places simultaneously in their original form through their mirror images.

There is valid reason for act of the deities in sending only their mirror images without actually manifesting by themselves. While creating the universe, each divines were entrusted with the responsibility of enacting certain acts to b e staged in the universe.  The act included manifestation of divines in certain places with certain acts and dramas. If the deities desert their abodes to go and sit in the place in their original form (body) where they were prayed to be seated, who will carry on their other duties? Hence they stay back in their own abodes and ensure that their responsibilities are continued to be carried out without hindrance and therefore send only their energy rays converted into mirror images of themselves to those places where they were required to manifest. It remains beyond the capacity and imagination of ordinary people like us to understand the deeper principles of this highly philosophical divine theory.

Therefore, let there be no doubt on the legends floated on temples. There could be few plus minus variations or deviations in the folk lore,  but the stories may not have been  fabricated thousands of years ago since the people who lived in those periods of time were god fearing, pious and spiritually advanced than us. 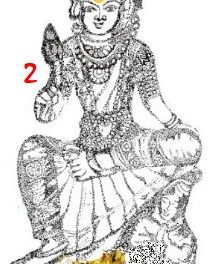 Origin and history of Goddess Kathayee-2 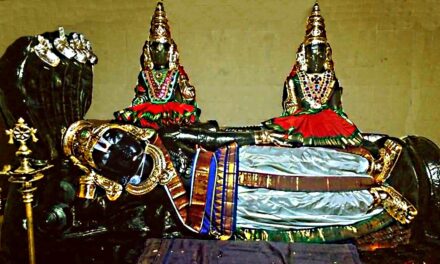