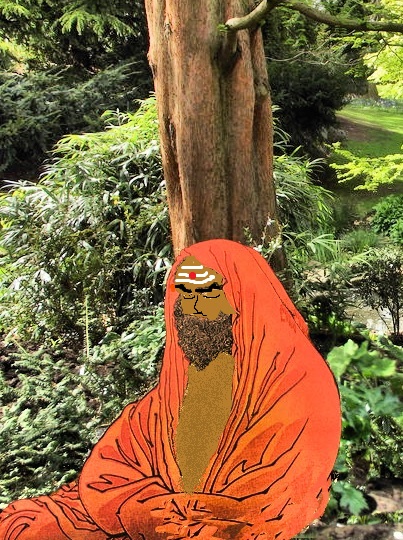 Muthu Aiyanar temple is in Thenambakkam, Pondicherry. Traveling from Pondicherry one can reach this temple via Villianoor or Yaembalam two small helmets on way. The temple complex has full of dolls and idols in various shapes and sizes which are worshipped  before reaching the main sanctum to offer worship to Lord Aiyanar and the Shri Azhagar Siddhar in his Samadhi temple.

Behind Muthu Aiyanar temple is the Samadhi sthal of  great Siddha Shri Azhagar Siddhar. The Samadhi has been raised over a well there. Though people say that the Siddha had come to this village before 400 years or so and stayed there till death, some others feel that he lived during 1800 AD to 1840 AD. While he stayed in the Village he cured the ailments of many people with his mystic powers. In the samadhi temple one can see bunch of prayer letters tied to a sword by the visiting devotees who seek  his favor to get their wishes fulfilled.

The general procedure to offer prayer to this Siddha is very simple. The wishes are to be written on a piece of white paper and after praying the Siddha Purush, the letter is tied on the sword held in his right hand. The wish list includes purchase of Car, higher education to children, selection in interviews and exams, beget children etc. Once their prayers are fulfilled, they have to visit the temple again to place in the temple precincts a small idol, resembling them to symbolically  thanking him for the favor they got from him. A female installs a female doll and male a male, a doll and when wishes for the children are fulfilled the idol of a child is offered. Thus the temple complex is filled fully with idols and statues moulded out of cement and clay in several shapes and sizes.

The devotees claim that if the prayers  are sincere are sure to be fulfilled by the power of Shri Azhagar Siddhar and therefore every year during the Tamil calendar month of Chiththirai which is mid-April to mid-May, the devotees throng this temple to take part in the annual festival held in the memory of the Siddha and paint the idols and statues with multi colours  as part of their service to the temple festival. The unique feature in the festival is the music concert by 200 artists (100 for Nathaswaram and 100 for Thavil) who simultaneously play musical instruments like Nathaswaram and Thavil in chorus. 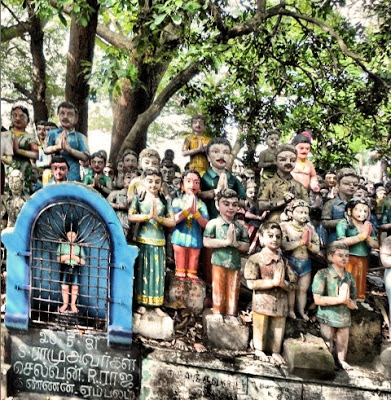 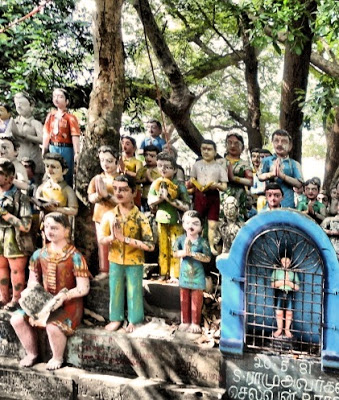 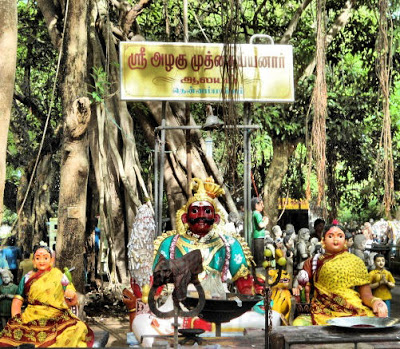 Who was the Siddhar? Nobody knows from where he came or who his parents were. It is  unanimously believed that around 400 years ago or so, the villagers had seen this Siddhar sitting with closed eyes (meditation) by the side of a well in the midst of forest of Vilva trees near the present day Muthu Aiyanar temple site. The Muthu Aiyanar was Village deity which came up few hundred years ago.

The life style of the Siddha was simple and strange. Sometimes he would wake up and walk around the forest, but never spoke to anyone and maintained total silence. Few have seen him getting into the well and sitting in meditation for hours. Many a times some villagers have also seen several snakes moving around his body while he was sleeping under the tree as he used to sleep below the sprawling banyan tree nearby during night time. As days passed, people tried to persuade him to come and stay in their Village, but he would politely refuse to go with them telling that the place near the well where he slept or sat was only his home. But slowly whenever the villagers were afflicted with some ailments or bites of poisonous creatures or fear psychosis on account of evil spirits and ghosts, he would gave them some ash and their problems would vanish in few minutes. Thus his fame spread far and wide in the surrounding villages by word of mouth stories.

When he decided to take Samadhi, he did not let his intention known to anyone and called the villagers  to join him in a Puja which he proposed to hold for the welfare of the village. It was Monday. When everyone came, he asked them to follow him and walked some distance around the village with band of music. As he reached the well site where he used to sit in tapas, he asked them to stay at a distance and got into the well to offer worship. Even after several hours when the Siddhar did not come out, panicked villagers rushed to the well to see what was happening inside. They were shocked to find him not inside and thought he may have drowned in water inside the well and died and therefore sent few villagers down into the well to search for him. Alas, the Sridhar’s body was not to be found inside and no trace of him was also there. However few in the crowd had seen a flash of light travelling towards the sky from inside the well. 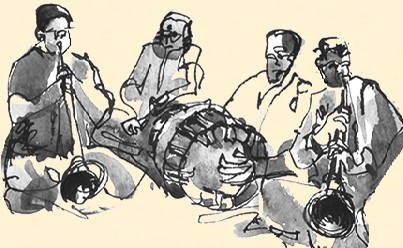 In memory of him, the villagers tried to close down the well so that no one will use the well for daily needs as they considered it to be a sacred well. Inspite of their effort to close down the well with concrete slab or other means, they could not succeed in permanently closing it as the structure either cracked or collapsed. In one of the devotees dream, the Siddha appeared to tell him to raise a samadhi over the well instead of permanently closing it and worship him there. Thus the Samadhi sthal of this Mahan has been constructed over the well and people pray him to get their wishes and prayers fulfilled. The roof of the Samadhi sthal has been covered with only thatch of coconut tree. It is not known why female devotees are not allowed to enter the sanctum in the Samadhi sthal whereas they are permitted to  pray him in the temple. 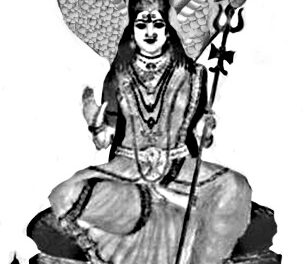