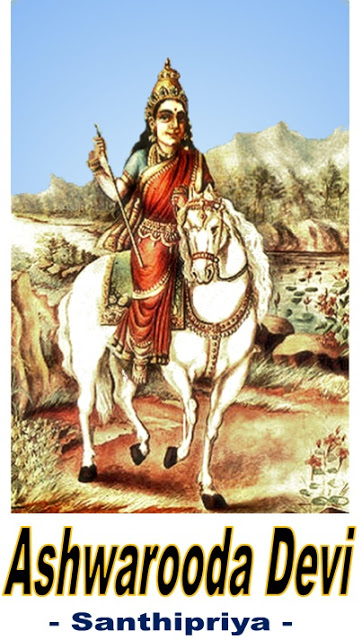 Similarly if the picture of Ashwarooda Devi is kept hung at the entrance of home no evil forces can dare to enter the home as their energy and power will get absorbed into her Dandam (Golden Rod) held in hand. Even if the evil forces enter home, they will remain powerless to harm the inmates.
For some unknown reasons the bygone practice of performing Ashwarooda Homa was on the wane for some centuries, but once again it has began to resurface in many parts of the country. It is stated that Ashwarooda Homa is being performed in Vaikom Mahadeva Temple in Trichur in Kerala.
Please send your comments to the author on this article