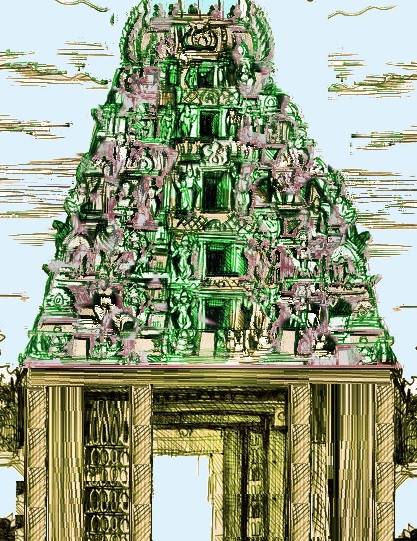 The Kaduveli Sithar temple in Thanjavur in Tamilnadu dated to over 3000 years old. This is where Kaduveli Sitdhar has born. Kaduveli Sithar is one amongst the 152 Siddha Purush available in space with supernatural powers. He remained in penance in Kaduveli for long years for darshan of Lord Shiva. Pleased with his arduous penance Lord Shiva manifested before him to grace him with Ashtama Siddhis, the eight branches of mystic arts not easy to absorb and thus he became a great Siddha Purush.
The belief is that this temple is engulfed with the brilliant energy in the form of light from space of Poorada nakshathira. Since Kaduveli means open space, and the open space begins at the edge of the cosmic rays Kaduveli where the temple exists is believed to be the edge of cosmic space. Lord Shiva created a magnificent light at Kaduveli to reveal his existence at the Kaduveli Temple in the form of space.

Since this temple has been dedicated to space called Akash in Sanskrit, the main deity is called Akashapureeswar and the female deity called Mangalambika meaning the mother who grants prosperity. The Poorada Nakshathira remain serving Lord Akashapureeswar. It is believed that entire deities residing in space and Lord Vastu worship Lord Akashapureeswar on Poorada nakshathira days. Generally some mystically important Temples are dedicated to the five elements like Space, Fire, Wind, Water and Earth and such temples are considered to be highly sacred and holiest to visit and get the grace of the Lord manifest there.

The sacredness of the Kaduveli temple is that when Lord Shiva manifested before Kaduveli Sitdhar, in order not to be hinder the worship of the Sithar to Lord Shiva, Nandi Deva, carrier vehicle of Lord Shiva moved outside and sat there; hence the idol of Nandi Deva is established outside the sanctum area where Nandi Deva sat after giving way to Kaduveli Siddha to worship the Lord.

The devotees are suggested to offer the Lord Punugu and Javvadhu powder for their bright future. (While Punugu is fragrant substance got from rarely living civet cat Javvadhu Powder is extracted from Indian herb called Javvadhu. Both the perfume powders are applied on the deity idols, yantras while performing pujas). specially those facing obstacles in the marriage proposals visit this shrine and pray goddess Mangalambika seeking her grace to rid of the obstacles.

The Kaduveli temple it is appropriate to conduct the Vastu Pooja for the earth element before constructing a building or home so that there would be no obstacles during the construction. 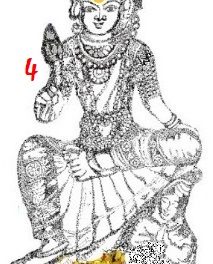 Origin and history of Goddess Kathayee -4