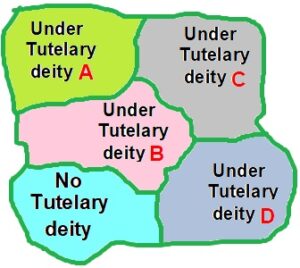 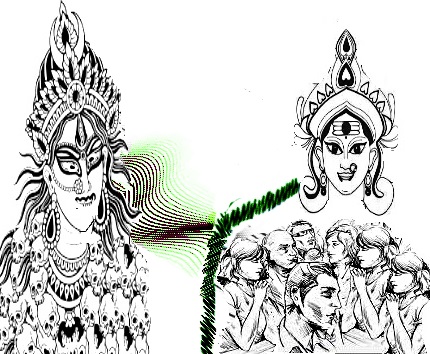 156. There is however a small rider in this norm too. Since the divines are also meant for establishing law of justice and love amongst mankind, if the Kula Devatha or Tutelary/Family deity finds that the group ‘B’ had been wanton sinners against group ‘A’, then the Kula Devatha or Tutelary/Family deity would temporarily withdraw their protective cover from group ‘B’ to ensure that the canon of divine justice by way of boons given by Prime divines to group ‘A’ are not blocked in any manner.
157. In the above example, how does the award of wishes punish the defaulters? Once the prayers of group ‘A’ is answered, then the resultant boon gets converted into the shape of negative energy rays and reach the person or group concerned say  group ‘B,’ and intrude into them activating harmful effects on their prosperity and happiness and health when their Kula Devatha or Tutelary/Family will close their eyes to carry out the punshment. This results in endless struggle and mental agony to the ‘B’ group destabilizing them in many ways. 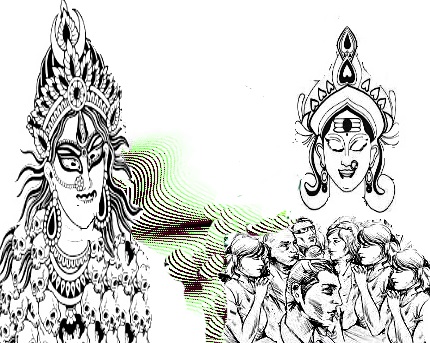 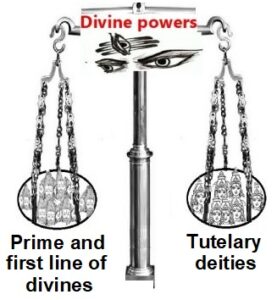 159. In order to maintain the dignity and honour of the divines, Lord Brahma has incorporated several such norms for the functioning of divines as he was aware that the entire fleet of Kula Devatha or Tutelary/Family deity are the same energy rays of Parabrahman and therefore insulting or degrading the powers of the Kula Devatha or Tutelary/Family deity or infringing into their domain without due permission would be tantamount to insulting their manifestation and the purpose for which they had come.
160. All the above will illustrate that similar to the humans, the divines are also covered by certain norms in exercising their power and authority. All these  have been done to show to the universe that the rule of law and justice is not limited to the mankind alone, but also applicable to the divines of land- Devaloga.