175. Who were the deities worshipped in the ancient period when divine worship commenced ? The deities, mainly female form of goddesses, associated with the well-being of the villages were either in violent posture or in benevolent ones and worshipped. There was no divisions such as Brahmins and non-Brahmins and everyone in the village worshipped the same deity in the same shrine or worship places which may have been either a Village deity, guardian deity or some unknown divine in the form of stones or spirits.
176. If we carefully analyse the deities worshipped as Kula Devatha or Tutelary/Family deity, they would find that around 85 % of the deities would be in female form- mostly emanations of Goddess Parvathi, hardly 10 % male- emanations of Lord Vishnu or Lord Shiva and 5 % major deities.  Lord Vinayaga, Lord Hanuman, Lord Vishnu in his original form, Lord Shiva in original form, Lord Brahma, Goddess Saraswathi, Goddess Mahalakshmi or even Lord Moon, Lord Sun, Lord Saniswarar and Lord Krishna etc have not been worshipped as their Kula Devatha or Tutelary/Family deity in their original form.
177. As the period gained momentum, and with Aryans settled in many places in India, the culture of Brahmanism and Non-Brahmanism began to surface leading to agama form of worship. Some of the deities which were initially non agamic Village deities –worshipped by everyone in the manner they practiced- began to be converted into Agama deities performing the rituals and poojas with Sanskrit mantras and slokas offering only Vegetarian oblations. On the other hand the non-agamic deities were offered non Veg oblation including animal sacrifices, alcohol and meat offerings and Poojas performed in the local languages which existed in those villages. This divide reflected in the worship centers (when bigger temples had not been constructed) becoming Brahmin worship centers and non-Brahmin worship places.
178. While those who believed in the agama style of worship began to accept one group of deities as their Kula Devatha or Tutelary/Family deity, the other group began to worship their own deities as their Kula Devatha or Tutelary/Family deity leading to two main forms of deity propitiated in a village. Thus, two sets of Kula Devatha or Tutelary/Family deity in the villages emerged- one worshipped by Brahmins and the other by non-Brahmins, the worship pattern and offerings were quite different from each other. Even today one can see in the villages two sets of worship centers (temples) even though the deities may be same there, but in different postures.
179. When the Pallava, Chera and Chola Kings took over the reins of the land in vast areas, they slowly built huge temples, which were in the townships for many divines. Even then it was surprising to find that most of the deities enshrined in them became Kula Devatha or Tutelary/Family deity of those living in those areas and they were instrumental in augmenting the worship and faith on divines.
180. Village god and goddesses were viewed as twin personalities. Some were seen to be benevolent, kindly, and would shower blessings on the villages where they were worshipped while others were vengeful and angry, and would unleash terror on the village unless they were propitiated. Generally, it was believed that the male divines called Village deities protected the villages from evils and other dangers including natural calamity, the female divines called Amman or guardian deities were considered to be fertility Goddesses.
181. Strangely the division was reflected even in the sets of prime divines. For example in male divines, many manifestations of Lord Vishnu, Lord Shiva and female goddesses Tripurasundari, Lalithambigai, Kamatchi, Bhavani, Meenakshi who were all emanations of Goddess Parvathi were considered agama family /tutelary deities, while male divines such as Veerabhadra, Bhairava, Muneeswaran, Kathavarayan, Aiyanar and Karuppaswamy all emanations from Lord Shiva and female goddesses like several Mariamman, Yellamma, Pechiamman, Seethaalamma, Paadaalamma, Angala Parameswari, Gangamma, Saptha kannikas etc who were also emanations from Goddess Parvathi were considered non agamic or fertility goddesses or deities. Lord Muruga and his consort Goddess Valli were considered both agamic as well as non-agamic deities.
182. Surprisingly even today many families both Brahmins and non-Brahmins continue to worship many non-agamic deities as their Kula Devatha or Tutelary/Family deity, reason being they were the deities their forefathers had worshipped centuries ago in their native villages and before the divisions of agamic, non-agamic worship emerged after the arrival of Aryans. A majority of the deities worshipped in the villages were female goddesses compared to male divines because the villagers considered the female goddess to be representation of the village itself, rather than simply a guardian deity and believed that some form of Shakti called Adi Shakti or Parasakthi was the primordial force in the universe and therefore the female goddesses called Amman or Mariamman- were emanations from Goddess Parvathi and were responsible for rain, main protector of the village, especially against common diseases like smallpox or dreaded diseases like the then prevailed plague besides guardian deities of cattle or children.
183. And interestingly, the female goddesses were the most accepted family deities of the non-agamic group of folks. Most of the female deities had their own unique origin stories, and many are worshipped only by members of a particular community. There is a huge diversity of worship practices for these deities, depending on the deity’s nature and other local customs.

SIMILARITIES OF WORSHIP OF KULA DEVATHA IN OUTER WORLD 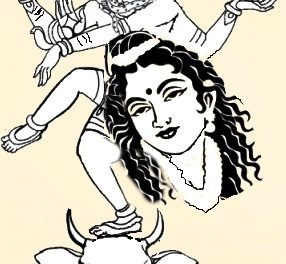 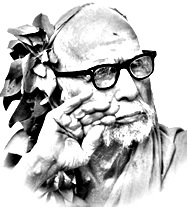